TaskSwitchXP is an advanced task management utility that picks up where the standard Windows Alt-Tab switcher leaves off. It provides the same functionality, and adds visual styles to the dialog and also enhances it by displaying thumbnail preview of the application that will be switched to. 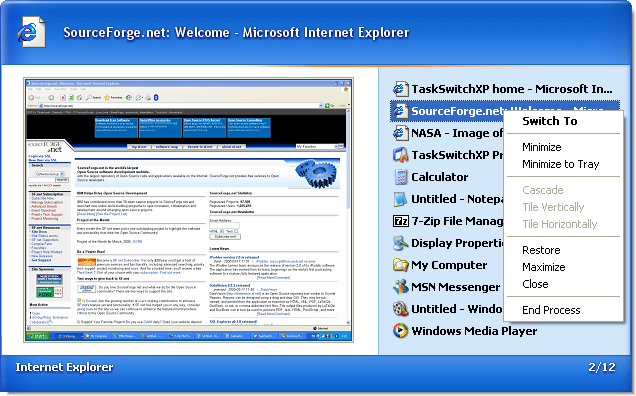 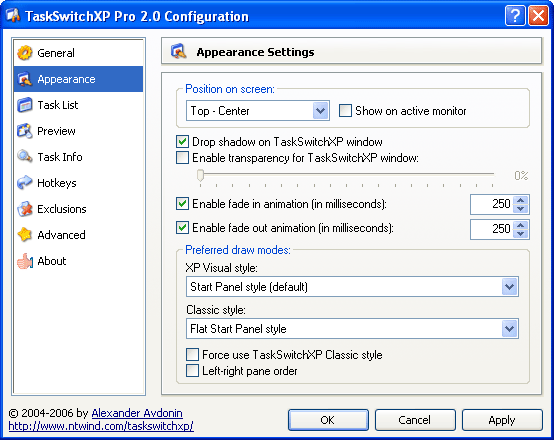 TaskSwitchXP runs only on Windows XP/2003. The last version of TaskSwitchXP 2.0.11 was released on August 8, 2006. There are no plans to update it, please use Alt-Tab Terminator on newer OS.