After a long delay, the new version of WinSnap is ready to demonstrate you its all-new screen capture and image editing capabilities along with the classy and elegant interface. All of the new enhancements including presets and quick preferences, new drawing tools, improved support for the most recent Windows 8 Aero theme, various tweaks and fixes will facilitate your screen capture software experience further and beyond!

Get to Know the All-New WinSnap 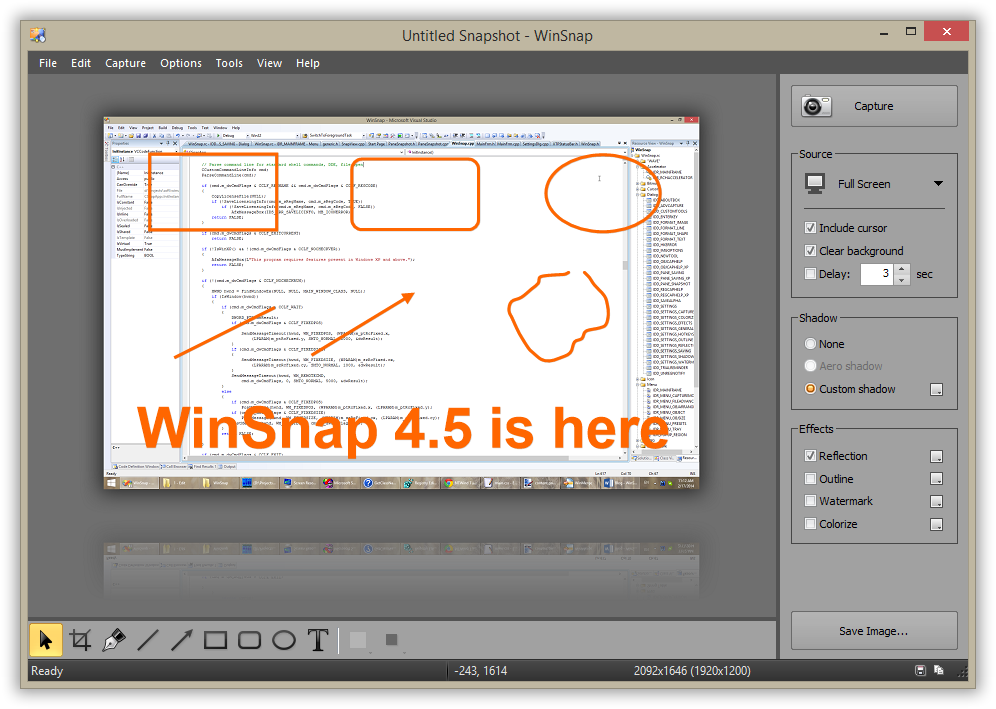 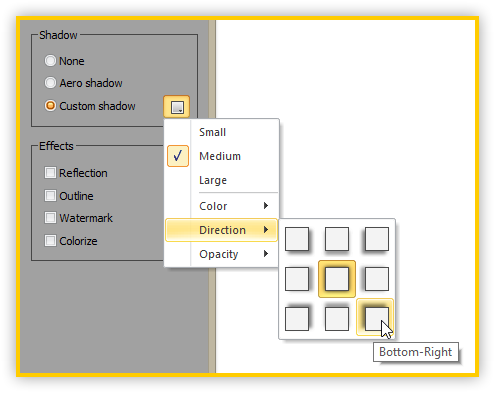 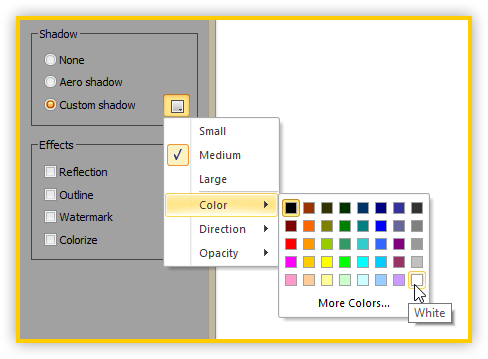 Please note that settings are reset to defaults if you install WinSnap 4.5 over a previous version. If you changed the default directory for your screenshots or other preferences, you have to do it again after installing this update.